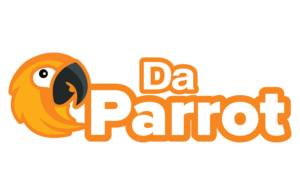 The International Labour Organization (ILO) has through it’s Project-Accelerating action for the elimination of child labour in supply chains in Africa” (ACCEL Africa), launched a Social Finance Model.

The Social Finance Model is a comprehensive package of services whose design and delivery models put into consideration backstops to mitigate against unintended social risks of financial services including child labour.

The project aims at increasing the livelihood of locals, to inturn eliminate child labour by 2025.

The ACCEL Africa Project proposes a new Social Finance Model to combat this abuse and exploitation of children.

In Uganda, the ACCEL Africa Project is targeted towards the Tea and Coffee supply chains with activations on strengthening livelihoods, raising awareness of child labour, integrating measures to eliminate child labour into economic activities, and providing access to financial and non-financial services.

It is currently being implemented in six districts including Kikuube, Hoima, Buikwe, Mbale, Sironko, Bulambuli and Kabarole, supporting more than 32000 beneficiaries both women and men as well as 41500 children from these households.

Amongi said that the naming of the project spells out an urgent call to all of us to accelerate actions, so let us join hands in this together to wipe out child labour in Uganda.

The launch come at a time when the government is grappling with high cases of Child Labour.

The latest 2021 National Labour Force Survey (NLFS), that was released by the Uganda Bureau of Statistics (UBOS) indicated that 6.2 million (40%) of the children aged 5 -17 years were in child labour (excluding household chores).

The report indicated that  largest share of this Child labour is prevalent in the Agriculture sector where children are employed as unpaid family workers. 19.5% of children in rural areas are engaged in child labour compared to 11.3% in urban areas.

Amongi said government is committed towards ensuring that child labour is eliminated by 2025.

“We all know that the prevalence of child labour increased substantially during COVID-19 from 21% to 36% (according to National Household Survey 2019/2020),” she said adding,

Speaking at the launch, Wellington Chibebe the ILO Country Director said that the the project will help in uplifting people from poverty and in the end eliminate child labour.

“We aim at reducing poverty in households by working with financial institutions, when we support them, and uplift their livelihoods, child labour will reduce,” he said

This he said is being done through exploring innovative approaches which will support more families.

“We are aiming at increasing the supply chain in Africa because we realized that access to finance is the biggest problem which forces parents to send their children to do heavy jobs,” he noted.

Joost Van Ettro the Head of Cooperation at the Embassy of Netherlands said that the project will run for four years and they have invested about $24m.

DaParrot is Uganda's independent news site recognized by audiences within Uganda, East Africa, and around the world, as a provider of news
Contact us: info@daparrot.com

Joachim Ssembuze - December 2, 2022 0
President Museveni has renewed some of the restrictions in bid to contain covid-19. Museveni in a televised said that no one will be allowed in...